The 5 Key Elements of an Effective Strength Program
0

The 5 Key Elements of an Effective Strength Program 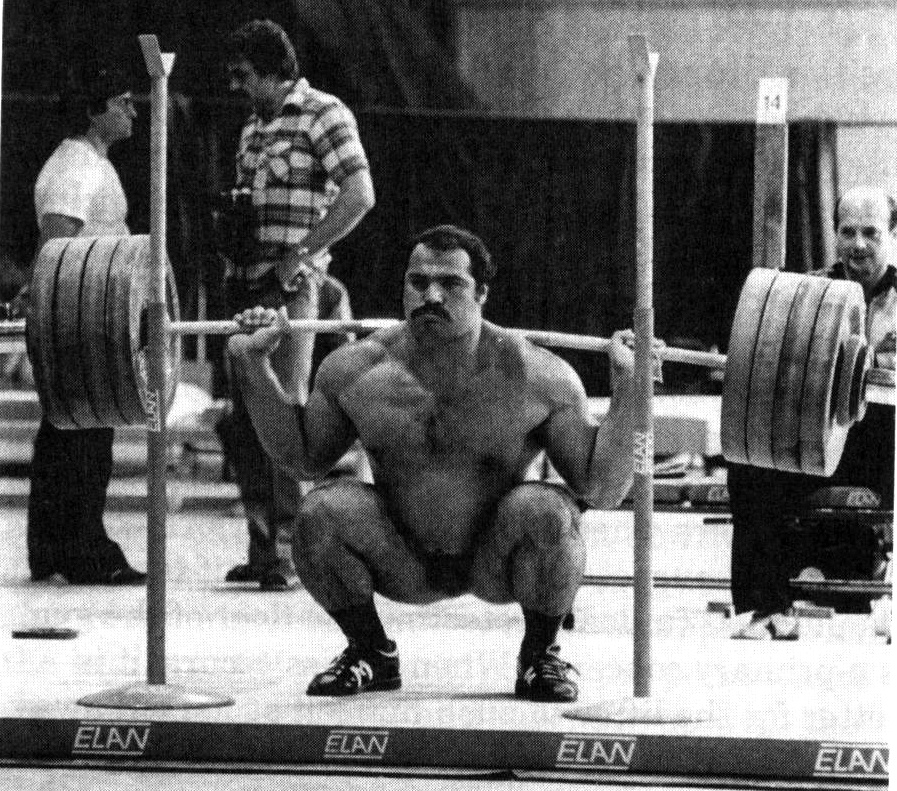 A common misperception among the general fitness crowd is that all weight training systems are created equal.

Just as playing table tennis with a buddy in your garage is very different from playing Wimbledon tennis, not all exercises, training programs, methods or practices, and set/rep schemes constitute useful strength training when the objective is pushing your numbers up in the gym.

Never before have going to the gym and making healthy lifestyle choices been as trendy as they are nowadays.

Consequently, everything from Bosu balls to 100 air squats gets lumped together as “strength training”, when this couldn’t be farther from the truth.

Call it “working out”, “getting toned” or “breaking a sweat”. But don’t call it something it’s not.

It ain’t strength training unless you’re getting stronger.

These five pointers will serve as your guide to creating a strength training program that actually produces results:

When it comes to exercise selection in a training program that works, you’ve got to choose the ones that you need, not the ones you want.

Many people simply scratch an effective lift or movement off their programs because they don’t know how to perform the lift or they suck at it. That’s why most gym-goers associate the word “squatting” with the Smith machine and seeing a guy practicing ring dips or power cleans at a mainstream gym is as common as spotting a hot babe in a bikini in the streets of Helsinki on a February afternoon.

Here’s a very basic checklist (with two example exercises for every category listed) for you to aid in determining whether the program you currently follow is indeed conducive to helping you get stronger.

In addition to these general strength exercises, picking a few effective movements for enhanced power output is never a bad choice, especially when our goal is to get faster and more explosive.

Exercises for power work, that require low skill levels and are easy to learn, include:

These are all staple exercises that have stood the test of time, and proven to deliver results when applied together with smart programming.

If you’ve ever skimmed through a fitness magazine (and who of us hasn’t?), you will notice that three sets of ten reps appears as the standard rep/set scheme on nearly every exercise.

As with any other training factor, doing the same thing week in, week out without variation will soon cease working. And when I say “soon”, I don’t mean you need to change everything you’re doing every two weeks. What I mean is that at some point or the other you will reach a plateau, and in order to overcome that hurdle, you’ll need to switch things up a little.

I’ve found that instead of performing three sets across with a weight that you can lift for 10 reps on all three sets on a basic barbell lift such as the squat, going heavier on the first set for 3-8 reps, then performing 6-10 reps with slightly lighter loads on the remaining two sets is a very productive way to set up your training.

In practice, the structure of your reps and sets could look like this:

So, instead of only lifting a weight for 10 reps on each set – which really isn’t the most optimal rep range for pure strength – by going heavier for lower reps on the first set we can train at a higher % of your 1RM (which is important for maximizing strength), while also potentially reaping the rewards of enhanced hypertrophy that comes with performing slightly higher reps on the two subsequent back-off sets.

Without the element of progressive overloading, everything else you’re doing in the gym will have been in vain. Unless you’re constantly challenging your body by making training harder than it’s used to, you will not experience continued progress.

The fastest way for a beginner to gain strength rapidly is by picking a compound movement, such as the squat, and adding weight to the bar as often as possible within a 3-12 rep range. Do that for a year and you’ll be surprised how much your numbers have jumped up compared to where you started.

However, sooner or later progressing only via increasing resistance will have run its course, and gains in strength will come to a halt.

After you have milked out your beginner gains and are lifting decent weights on the basic barbell lifts, other ways to make training more challenging over time come into play. Playing around with volume, frequency, higher reps, shorter breaks and making the correct muscles do the work will allow you to make continuous progress even though you’re no longer adding another plate on the bar every week.

Most people rarely introduce any planned light weeks into their training. The harsh reality remains that no-one can train balls to the wall 52 weeks in a year. Even if you tried, it is remarkable to notice how the body will find a way to force a break from training if it’s being pushed too hard for too long, either by getting injured or developing a nasty cold.

Structured deloads or off weeks aid both in the physical and mental recovery from the demands of hard, frequent, heavy strength training. I’ve found scheduling a planned break every 8-12 weeks to hit the sweet spot for most people I’ve worked with, while more advanced guys may want to implement a lighter week every 4-8 weeks.

An off week is also the perfect time to devote some time to maintenance activities to work out any muscular kinks and tightness that your body has accumulated during a training cycle. A full-body massage in the hands of a skilled practitioner is a beautiful thing, and should be utilized as a recovery tool. (Happy ending optional)

Maximal strength is important for improving athletic performance but barring powerlifters – whose success is determined by how much weight they can hoist for a single rep in a competition setting – it can never be the sole objective of effective strength training programs. Depending on the demands of the sport, enhanced explosiveness, improved anaerobic capacity, and increased hypertrophy and/or improved body composition can all be valid goals to shoot for in training.

In order to get the most out of a strength training program for a sport like ice hockey, basketball, tennis or boxing, we need to incorporate some sort of a conditioning component into it for increasing the trainee’s “gas tank” or anaerobic capacity.

Even though the duration of the games seems aerobic in a sport like hockey, it is actually played in a sprint interval fashion rather than non-stop steady state movement. Building up the body’s anaerobic capacity will allow a player to do more work in a given time period, reduce lactic acid build-up in the muscles during a shift, and recover faster between repeated sprinting bouts.

Adding rope jumping, sled work, strongman exercises such as farmer’s walks or pushing/dragging a car, and hill sprints into your training are a few great ways to improve your ability to perform brief, intense activities and your overall athleticism on the playing field.

Let me know how these tips are working for you in the comments section below.