Off-Season Hockey Training: 5 Things Every Hockey Player Needs to Do in the Off-Season
0 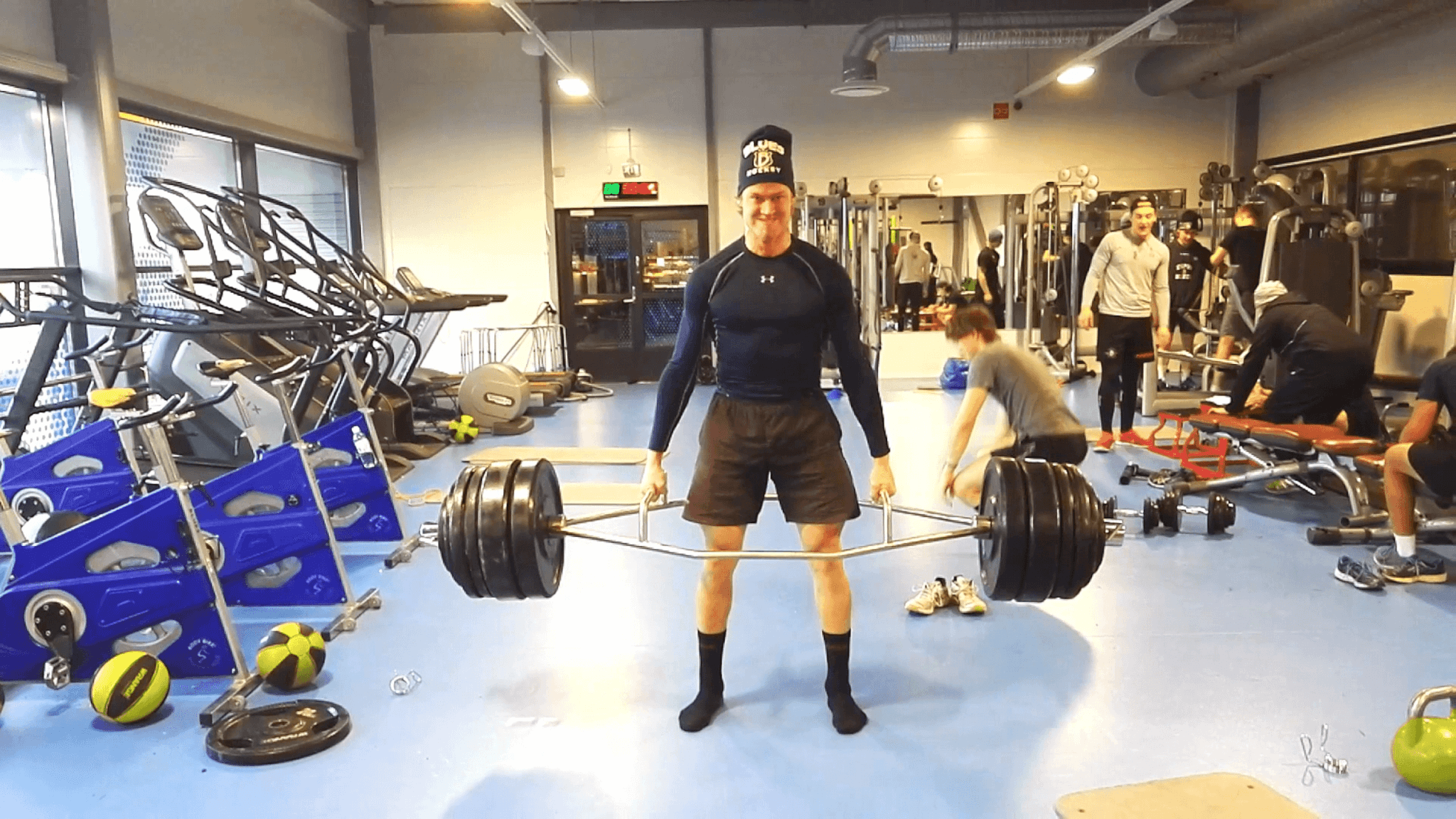 There's no better way to prepare your body for the game than with off-season hockey training.

Improving your strength, speed, explosiveness and conditioning should be the main goals of every athlete in the summer.

The complacent and overconfident athlete can be found boozing it up and chasing skirt in dive bars or working on their tan, cooling off the effects of the sweltering summer sun with a cold Heineken in one hand and a strawberry ice cream in the other.

Meanwhile, the driven keep seeking ways that will help them take the next step towards increased performance on the ice.

Look no further, this one's for you.

Here's what every hockey player, whether young or seasoned, seeking higher performance should include in their off-season hockey training plan...

Due to the nature of the game, players are typically left with a wide array of postural and muscular problems that need to be fixed over the summer.

Some of the most common issues among hockey players include:

The answer to fixing these problems?

Especially in the early off-season, unilateral (single-limb) exercises should be used to build up the athletes and balance them out.

One of the best single-leg exercises we use is the rear-foot elevated split squat (also known as "Bulgarian split squat") because it strengthens the adductors, groin, quads, glutes and stretches those chronically tight hip flexors.

Taking it a step further, place a small plate under the front foot. Elevating the front foot increases range of motion and makes things even harder. You develop great unilateral strength and mobility in one movement.

In addition to a proper strength program, performing mobility exercises targeting the problem areas should be top priority. The simplest way to make sure they get done is to include them as part of a comprehensive dynamic warm-up prior to, or a cool-down routine after every off-ice training session.

On top of that, for strengthening the hip musculature, all sorts of pushing, dragging and crossover work with a sled should be included in the program.

One of our junior hockey players was experiencing hip pain triggered by sprints and movements where change of direction came into play early in the off-season. A few weeks later the pain vanished.

I asked him what he thought made the difference in getting his hips back to health.

"Must be all the mobility and single-leg strength exercises we've been doing."

Many junior (and even professional) hockey players are pathetically weak.

That's because they're working out, chasing the burn - not training to get better.

You must progressively increase resistance in the lower rep ranges (1-8 reps per set on average) if you wish to maximize strength gains.

Using light resistance when training for strength is only acceptable if someone's new to training. As always, learning proper lifting form takes precedence over everything else.

But once they've got form down?

A beginner will see marked improvements in speed and power from simply getting stronger on the basic exercises such as the squat and deadlift.

However, maximal strength gains contribute less and less to power development as an athlete gets closer to his strength potential.

Bringing a newbie lifter's numbers steadily up on the basic barbell and dumbbell exercises over time - assuming the athlete possesses good skating technique - will translate to increased on-ice speed.

But the guy who can already squat 2-2.5x bodyweight probably won't benefit too much from adding another 10 kilograms to his personal best.

That's why exercises emphasizing acceleration and deceleration are crucial for getting faster and more powerful.

Thus, every healthy athlete should perform variations of the following:

Unfortunately, these training methods are often butchered by clueless athletes and coaches.

They're used to make the athlete tired, not to develop speed and power. This completely defeats the purpose because gains in speed and power can only take place when the nervous system is NOT in a fatigued state.

To give you an example, I've seen training programs that called for high-rep hang cleans combined with sets of 20 box jumps.

That's the kiss of death for any power athlete.

Detailed guidelines on proven set and rep schemes for various exercises would require its own article but to give you a very simplified overview, here are some numbers to shoot for:

Being strong and powerful is great... but only if you've got the conditioning to back it up.

Conditioning is nothing more than increasing work capacity for YOUR sport.

The problem is that what many hockey players are doing off the ice rarely helps them ​optimally prepare for the demands of the game.

Whether stopping and turning on a dime to elude a defenceman in the corner, releasing a hard slap shot beating the goalie high glove side, body checking an opponent on open ice, or quickly transitioning from backchecking to an offensive 3-on-2 rush after a won puck battle between the bluelines, almost every action in hockey involves an explosive/high power output movement.

Understanding this, we realize that repeat sprinting ability is the KEY to excelling in the rink from an energy systems development standpoint.

But if you follow the summer practices of many teams, coaches will have their athletes do absurd amounts of slow, long-distance jogging.

Or, they run intervals with short rest periods until the players are puking their guts out.

There's a better way to go about conditioning for hockey.

A strong and fast player will always perform at a higher level on the ice than a weaker, slower version of himself.

But the fast, strong athlete who can recover quickly to express his speed and explosiveness over the entire 60 minutes (and overtime, if needed)?

He will dominate the opposition.

This ties directly back to the first point in this article.

The off-season is called the OFF-season for a reason... that's when the smart players switch OFF and stay OFF the ice.

Summer is the only time during the year to get out of that rounded over, hips flexed posture players spend so much time in on the ice - which becomes even more pronounced when they're sitting in the same position on the bench between shifts and in the locker room before and after practice or games! Taking time off from the game also provides the perfect opportunity to nurse any nagging injuries accumulated during the long in-season back to health.

Not only that, taking a couple months off from skating will help restore mental balance as well. Pro hockey players spend their summers engaging in completely unrelated activities such as tennis, golf or fishing. Doing that takes their mind off the game and allows them to relax.

As a result, when the athlete does go back on the ice in the pre-season, he'll feel rejuvenated, motivated and better prepared for what will hopefully be the best season of his career yet.

If you're interested in learning more about off-season hockey training, getting in great shape and playing your best season yet...

You'll probably like Next Level Hockey Training 2.0. It's the #1 hockey strength training program available anywhere on the Internet.

You can read all the success stories from athletes (including D1 college and pro hockey players) who have successfully used the training program to elevate their game to the next level by clicking here.