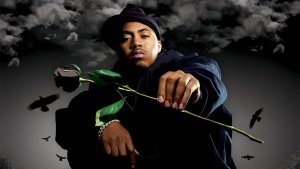 That’s what Nas said back in 2006, referring to the music industry and the state of hip hop music at the time.

As Nas implied, what people call “rap music” these days is not up to par with the 90’s when Ice Cube, DMX, Dr. Dre, 2Pac, Jay-Z, and the likes took over the scene.

I’m a hard rock/metal kinda guy at heart. Nothing gets me more fired up for a training session than blasting out some In Flames or Iron Maiden on the loudspeakers. But playing that stuff over and over again gets tiresome really fast.

A good hip hop training mix is my go-to choice of music in situations where you still want to listen to a track bringing some anger, aggression, and intensity without blowing your eardrums to pieces, for instance when practicing on the gymnastics rings or jumping rope.

Below are some of the most kick ass hip hop songs on my playlist.

ES Posthumus spinned Jay-Z’s original version, which lacked the punch in my opinion, into one of the best pump up songs I’ve heard in recent years.

Very chill track but helps get your head into the game.

Great beat. Seeing 50 with a full-on swagger in this vid after watching him as a hipster-glass wearing tech nerd in Escape Plan restores his street cred.

Sick beat and Nas’ lyrics flow effortlessly. A great song to get you going.

Very upbeat song. Chuck D kills it on this track while Flav is being… well, Flav.

“You see, I’m the undisputed
King of all Hip-Hop
Everything after is my legacy
Like it or not
And I will keep making history
I can’t stop
LL Cool J
Eternally hot”

What a song to to train to! The rhymes LL is dropping are beyond dope. And I get goosebumps every time I hear him shouting “It’s time for war!” repeatedly at the end of the song.

#2 Eminem – Till I Collapse

One of my favorite rappers of all time, Eminem, teams up with Nate Dogg. The build-up is unreal and when Em unleashes his fury and Nate delivers the hook, you can’t help but feel pumped up.

Not only can Roy Jones Jr. put out a mean track, he turns his opponents’ lights off by knocking them into next week. Gotta love the way he moves and the cockiness he displays in the ring.

Which beats get you going in the gym?

Any tracks you feel should have been included in the list?

Drop a line in the comments box below.