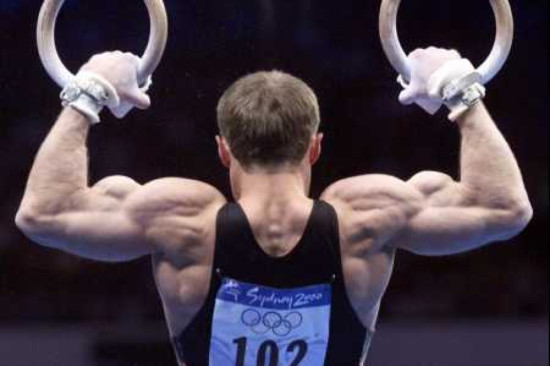 6 Reasons Why You Gotta Train with Gymnastic Rings

6 REASONS WHY YOU GOTTA TRAIN WITH GYMNASTIC RINGS

GET STRONG AND FIT WITH GYMNASTIC RINGS - STARTING TODAY According to Christopher Sommer, a well-known gymnastics coach, rings are the single greatest tool ever made for developing upper body strength, and something I include in every training program I write for clients with access to them beyond the beginner stage.

Even though they may look like a relatively simple training implement, I need to stress the fact that you shouldn’t underestimate the usefulness and difficulty of training with gymnastic rings.

Push-ups on the ground, dips on bars or L-sits on parallettes are no comparison to performing these exercises on rings.

In fact, they’re not even in the same ballpark.

A guy could easily be able to do 20 bodyweight dips on a dip station, yet not be able to perform a single good rep on rings. They’re that hard.

If you haven’t already experienced the great training stimulus that gymnastic rings can offer, here are 6 reasons why you should include them in your strength training program.

The strength and body control they’ve built over the years is absolutely insane, and goes underappreciated by the lay public as they have no point of reference for how hard controlling the rings really is.

Set up on the rings in the “support position” – with your body straight from head to toe, elbows locked straight and shoulders externally rotated so that your thumbs are pointing to 11 and 1 o’clock. Now time yourself maintaining that position for as long as you can without letting the elbows bend or rings turn in.

The vast majority of people new to ring training can’t hold that stance for 10 seconds – even though it’s the most basic position out there and involves no movement!

With that out of the way, ponder for a moment about the fact that pro level ring routines include several extremely high-skill movements while lasting up to a minute or slightly longer.

I hope you’re starting to gain an appreciation for what these superb athletes are capable of.

When it comes to putting some quality muscle on your frame, the rings can also help in that department.

Take a look at the upper body development of a ring specialist like Yuri van Gelder (pictured below) or Chen Yibing. Apart from some light pump work with weights to keep the joints healthy, all they do is practice their gymnastics routines, and they’re jacked out of their minds. 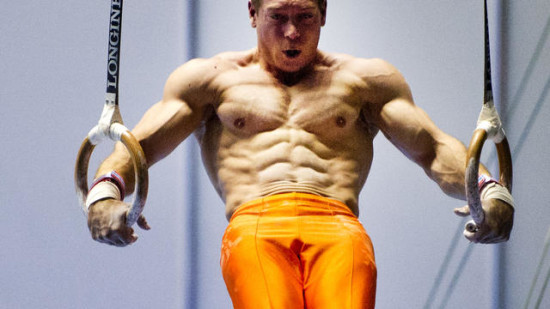 So if anyone tells you that you can’t build great strength or an impressive physique with bodyweight training only, they obviously don’t know what they’re talking about.

If you’re after sick abdominal strength and aesthetics, advanced bodyweight movements performed on gymnastic rings will help more than any crunch or sit-up variation could ever do in achieving that.

When people ask me for the best abdominal exercises for “six-pack abs”, I tell them:

“Work up to the following:

That should keep you busy for a while.”

That definitely draws some blank stares.

But the fact remains that when you perform push-ups and chin-ups on rings properly, your abs will get a lot stronger since they have to work much harder to stabilize the body as opposed to a push-up on the floor or a chin-up on a fixed bar.

L-sits are a fairly low level ring skill that just about anyone should be able to achieve over time.

Doing those exercises (and their harder variations) will give your abs a whole new level of definition – as long as nutrition is on point.

When you reach (and exceed) the numbers I’ve listed above, your abs will be significantly stronger and visually more appealing than from all the hundreds of crunch variations you’ve been performing at the end of a workout thus far. 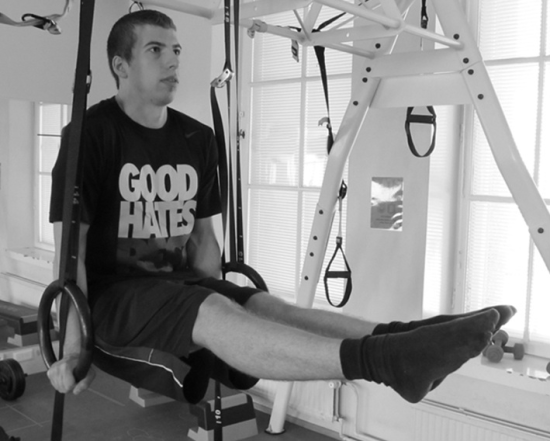 Tired of doing hundreds of crunches? Try some L-sits on the rings!

CHECK OUT THE RINGS I PERSONALLY USE AND RECOMMEND

Another benefit of training with rings is that they allow for natural movement of the joints to occur.

Some people experience shoulder pain when performing dips or chin-ups on straight bars even without any external load. Since the bar is fixed, you can’t move freely and that could lead to joint problems down the road.

As an example, I heard him say at a seminar he offered last year that his young gymnasts can jerk 1.5x body weight without ever having touched a barbell strictly as a result of training for their sport.

In another interview, he stated:

“Gymnastics training does indeed build incredible strength. For example, I was not a particularly strong gymnast, yet I was able to do a double bodyweight deadlift and weighted chins with almost 50% extra bodyweight on my very first weight training attempts.

One of my student’s, JJ Gregory, far exceeded my own modest accomplishments. On his first day of high school weight lifting, JJ pulled a nearly triple bodyweight deadlift with 400 pounds at a bodyweight of 135 and about 5’3″ in height.

On another day, he also did an easy weighted chin with 75 pounds, and certainly looked as though he could’ve done quite a bit more. We’ll never know for sure because the cheap belt I was using at the time snapped.” 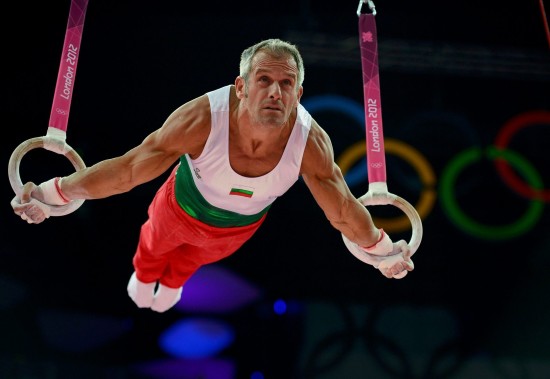 Mastering your own body brings about huge proprioceptive and neural increases, which can never hurt even if your goal is lifting big weights.

I don’t know about you but when I’m traveling, the last thing I want is having to look for a decent training facility to get a training session in.

That’s because most public gyms suck.

They’ve got dumbbells running only up to 30 kg, crappy pop songs playing in the background, more Smith machines than power racks, and ban the use of chalk.

How does anyone serious about their training get strong in that environment?

With the rings, all you need is a bar to hang them in place and you’re set. You can do that in pretty much any public space that sports a straight bar the width of your shoulders – most parks and beaches tend to have at least one of those. 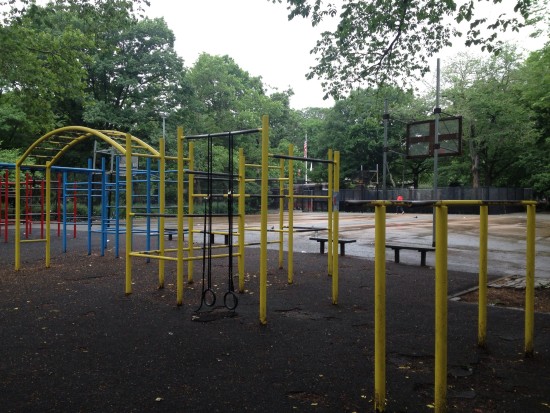 Fresh air coupled with challenging bodyweight movements and exposure to some much needed vitamin D under the scorching summer sun.

What could be better than that?

Anyone I’ve ever introduced to ring training has deemed them a fun activity (after they’ve been utterly humbled by the unforeseen difficulty of a basic ring push-up or dip, that is).

You basically have an unlimited variety of movements for the upper body in your arsenal, and since progress takes place rather rapidly in the beginning, it’s easy to understand why people get hooked on ring training.

And when you enjoy doing a physical activity, you’ll be that much more likely to stick with it for the long haul – something that can not be said for the typical, endless cardio workouts people engage in because the treadmill is where awesomeness goes to die.

Now you know why you can’t afford to skip training on the gymnastic rings any longer.

So what are you waiting for? Grab a pair of rings and get to work.

WANT TO GET JACKED? DON'T MISS OUT ON THIS...

Gymnastic rings are a must-have tool

for building a strong and muscular upper body.